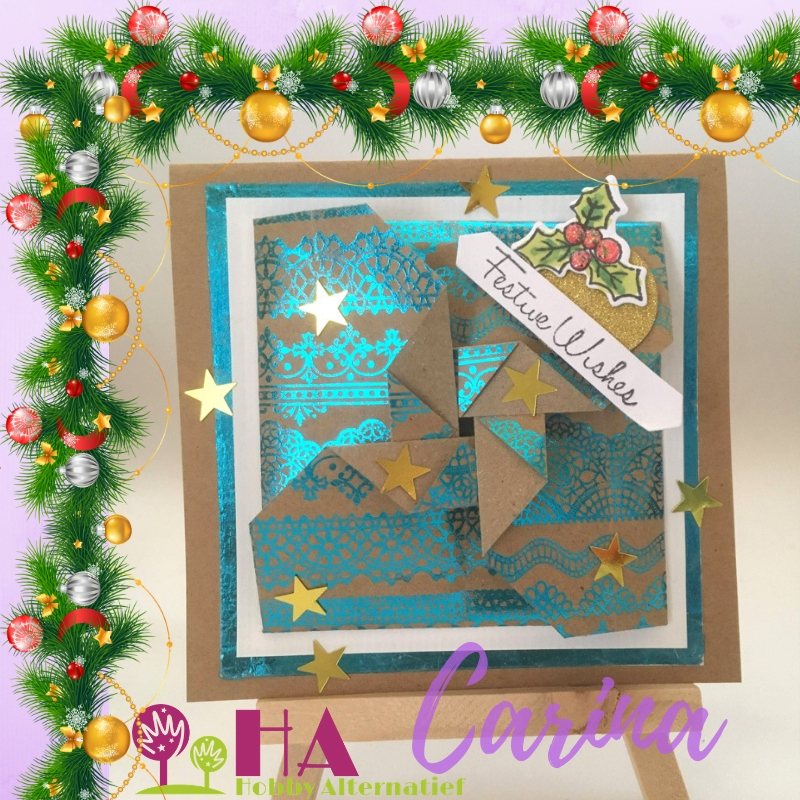 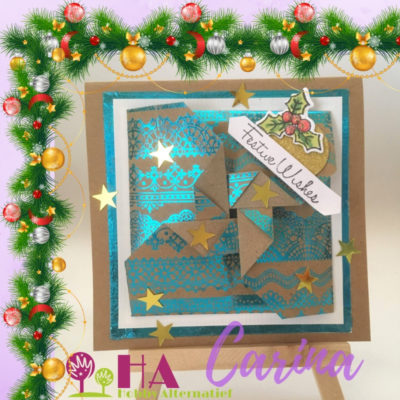 I decided to make an origami pinwheel card for this weeks challenge. I had to think long on how to do it and started looking on Youtube for examples, and I finally came up with an idea for the Christmas origami challenge.

The folding of this pinwheel is very straight forward, I will ad a video so you can follow the steps to create one.
For the origami pinwheel card part I have chosen a 15 by 15 cm piece of craft paper with foiling on 1 side, and I folded it so the foiling would be visible on the outside, had to refold it a few times before I had it the correct way.

In a YouTube from “paper folds – Origami & Crafts” is shown how to make the folds.

After I made the origami pinwheel card I found an other one I liked so I made that one too.

My second card is made on a 15 by 10.5 cm base card and a made my tree with 4 squares, the Youtube below form “Gopi Patel” explains how to fold the tree with 3 squares. 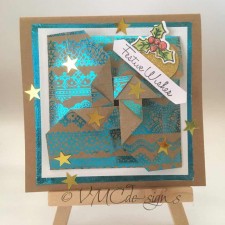 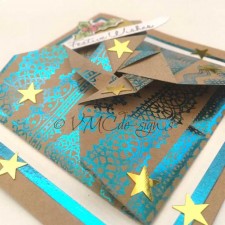 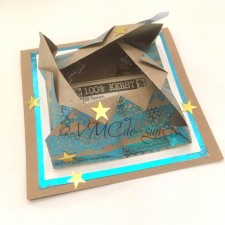 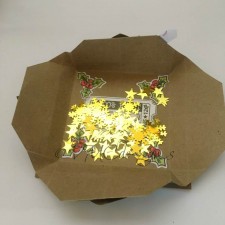 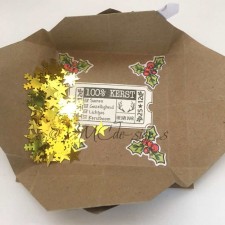 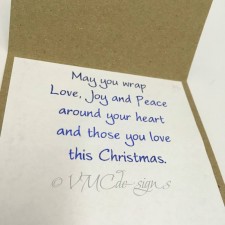 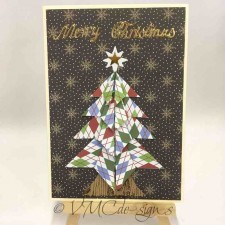 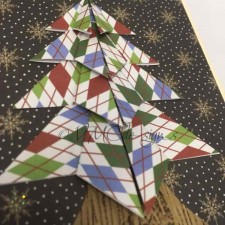 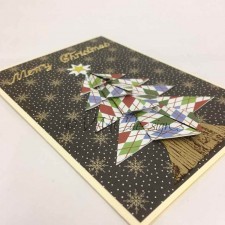 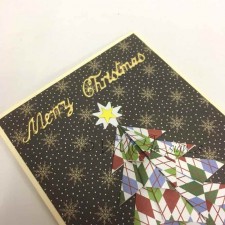 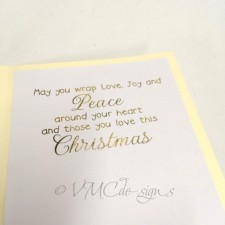 You can read what materials I used in dutch at my HA Blog, I have written more details in there for when you want to know more and all the measurements. To translate it to english or any other language you can use “Google Translate”

Feel free to leave a comment here, on my other blog or on the posts of the other DT members. It is highly appreciated.